You are not connected. Please login or register
2 posters

Appearance: Given that she's only turning eight, Jade is small in general, but average for her age. She is very skinny which allows her room for some flexibility. For an eight year old, her hair has grown to great lengths, as it falls to the middle of her back. It is light brown in color, like her eyes, and falls down perfectly straight.

Besides her holsters, Jade doesn't have a actual outfit because she is still in the academy. The majority of the time, she wears a plain black t-shirt dress with a slight v-neck that stops perfectly near her knees. While fitting on the top, it is loose and wavy at the bottom, which allows free movement with her legs. For her footwear, she wears white knee socks with black sandals.


Personality: Jade is sweet and caring towards the majority of people. She likes having friends and making new ones, and understands that the only way to accomplish this, is by being friendly to others.

Her greatest trait, Jade is very smart, especially considering her age. She is knowledgeable on a vast number of topics relating to her county's history. She is able to talk and read on a level far beyond her own, impressing all of her instructors from day one.

Jade sees herself as a fine leader in the making. With her intellect, she's usually able to make smart choices and lead others in the right direction along with her. She knows how to take control of a bad situation, and turn it into something good for everyone. Some just sees this side as her being controlling.

Due to the way she grew up, the girl is very diligent. Jade's very focused in her work ethic, and that's the reason why she never receives anything short of a perfect mark on examinations. She always listen to orders and instructions received from superiors.

Birth Place:???
History: Jade was born to two parents who would often fight one another for reasons unknown to the little girl. Both of her parents were drunks, which ultimately decreased their skills as a Citizens all in one, forcing them both to only gain the rank of high school graduates. Mad at the world, and mad at themselves, they took all of their frustration out on their daughter every second that they were free of duty.

Every time she had time to herself, she would find a corner in her house and just read. Besides the fact that she was scared to do or touch anything else, her parents didn't have much money to afford anything other than books. Whether it is believed or not, this routine started only at the age of one, and continued until the girl reached four years old. Jade managed to escape her parent's drunken grasp and ran away to city's orphanage.

The orphanage was filled with kids who parents had died from the previous wars. There was a mixture of kids in terms of attitudes. There were the mean kids and nice kids, the majority of them, however, were mean. She hadn't even been there a full week before kids began to pick on her and called her billboard brow because of her big forehead. She tried hard to just ignore the teasing, and for awhile, she was successful in her attempts. But soon, more and more started to call her the same.

She couldn't ignore everyone. This forced her into her old routine where she would find a corner to herself and would just read. She would spend hours reading, as she felt as though it was her escape from reality. She read books on the village's past, reading about all the past rulers, taken a specific interest in a woman of the french descendant. As she read, slowly her vocabulary reflected the time she spent reading. She spoke on a scholar's level. At age seven, she took a stand with her bullies.

Immediately after, she started getting what she could call equal respect from her peers. The name calling stopped, and the kids began to call her by her actual given name, Jade, a name they had forgotten because they spent three whole years calling her by a spiteful nickname. Just before turning eight the war hit her town with numerous dead and Jade alone in a ruined city she was found my a man and taken in by her the rest in history.
~Special Information~
Race:Human
Species:Neo
Personal Specialization:Beast tamer
Special P. Specialization:Tank
Sect:
Constellation:Orion 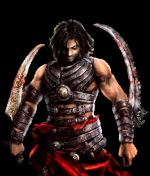 Re: Jade the human

Alignment is supposed to be Unknown, Morality is either Good, Evil, or Neutral. I would suggest just putting Neutral since it seems your char doesn't lean to any side.

©opyrighted
All things created on this site are the works of their respective owners, Capcom, Electronic Arts, Namco Bandai Games, Ari Maria R., Vixen, Rave, Meimu and all related topic and forum creators. Information may not be taken from forum descriptions, category descriptions, topics or posts without the creator's permission in any way, shape or form.
Anyone who copies the site's content without said creators explicit permission will be tracked down and punished to the fullest extent of the law.